What's on your mind?

Here's my opinion for Troy and Gabriella when they marry. Their last names could combine to "Boltez", part Bolton part Montez, and for their children, Abigail and Troy "TJ" Junior, the latter 6 years younger than the former. 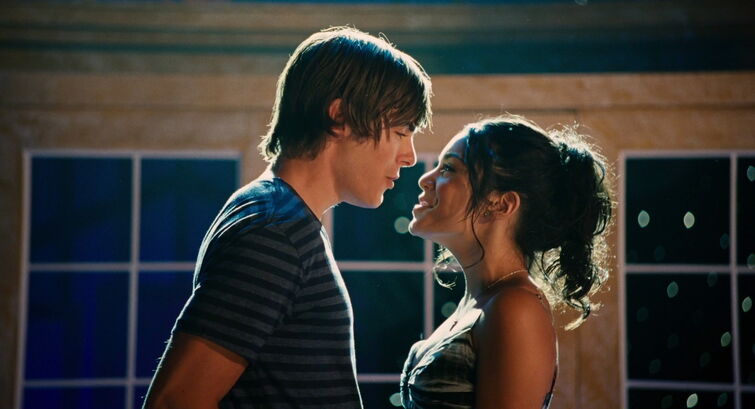 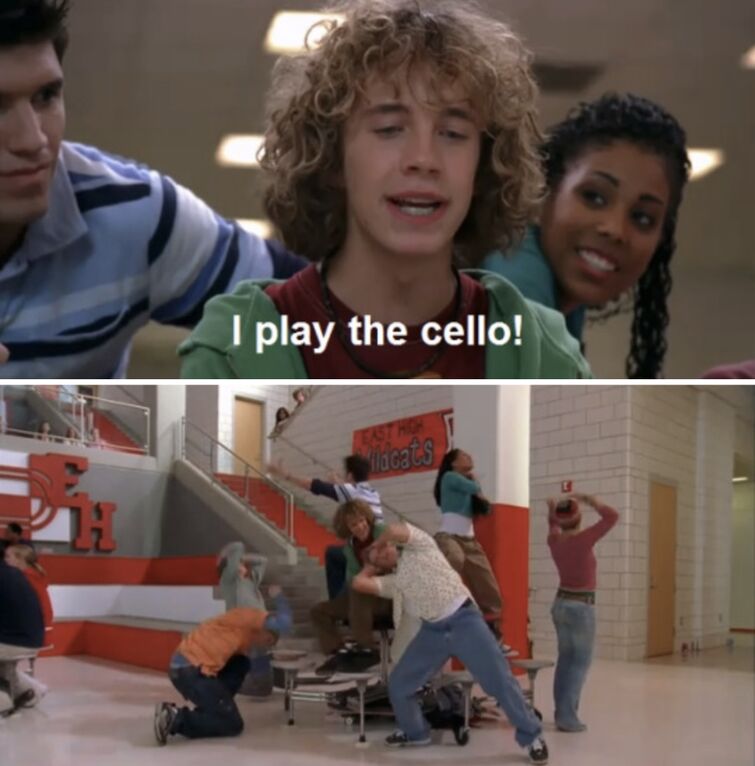 In case you don’t get it, i noticed that NOT MANY people signed up to play the cello. There were only like, 8 or 9 people who signed up. Many of those students were kind of popular at the time, so nearly half of my class were in shock after learning what those kids signed up to play. Because at my school, the cello was considered extremely hard to play (not really).

…and is absolutely useless for two out of three films.

What’s with the sudden uselessness of Gabriella’s character?

First, I think we need to look at the first movie’s shortcomings. High School Musical was Disney’s first big movie musical. It’s what opened the floodgates for the birth of Camp Rock, Descendants, and a bunch of others. The big shortcoming, I think was how incredibly bland it was. Disney’s whole thing is the “be who you are” speech that they have about five million versions of, but this one just takes the cake for cheesiest. All ninety-three minutes can be summed up in ten words spoken by one Troy Bolton:

“Did you ever think that maybe I could be both?”

The movie wasn’t bad, but a basketball player baking was a problem? A smart girl dancing was an issue? These things are only a problem here, and then nobody cares.

Moving on to Gabriella’s uselessness. I gotta be blunt: I don’t like her. I never did. She’s sweet and she’s smart and she’s kinda pretty, but half the time she’s onscreen, she’s moping and crying. The first movie, she’s sort of important, but let’s not kid ourselves: it’s the Troy Bolton story.

The second movie, she’s just…there. She’s at the club, she’s a lifeguard, and Sharpay tries to break them up so she can have him all to herself (oh, and to get him a college scholarship). Gabriella’s seeing how it’s changing Troy, but she’s not the reason Troy comes back to his senses. Troy comes back to his senses because he finally saw how he was treating his friends, and Gabriella left long before that happened. (Speaking of, that Princess twirl thing that Troy does on the golf course, what the heck was that?) She comes back to sing with Troy, and then the movie ends.

The third movie is the same way. She just cries the whole time and agonizes over college. She’s such a downer that it takes away from the fact that her character is actually somewhat decent.

Gabriella started out fine. But nothing lasts forever. Sorry, Gabriella.

Where Mr. Bolton is saying "What the heck are those 2 doing in a tree?"

Currently crying bc I have to play the part of Tiara Gold. Were doing hsm as out schoolmusical but i hate this bitch and i really dont want to play this part.

I am only finding one connected to HSMTMTS fandom page.

In the first High School Musical movie during auditions, an operatic singer named Cyndra sings too high that Kelsi’s glasses and the camera could’ve broke due to her singing.

Then later on after “Stick to the Status Quo” ends, Sharpay screams out loud that her yelling could’ve broke all the cafeteria’s windows and sent the students flying away!

I was just wondering why aren’t there any glass breaking in the first movie?

Lol I found this wiki and its so dead.

I just wanted to say that Seb and Carlos are so gay and I love it.

I love Gabriella Montez and Troy Bolton and their ship name is troyella.

I had this idea for a series (possibly book or comic series).

Then another centering on Ricky and Nini as husband and wife and rising kids, it would be called Just For a Moment, homage to Ricky and Nini's iconic song from the series.

How does this sound, a book or comic series surrounding Troy and Gabriella after the 3rd film, their events at Berkley and Stafford, leading up to their marriage and birth of their 1st child. The first one would also act as a prequel to the 1st film showing how Troy became a basketball star, and Gabriella became known for her intelligence, leading up to the visit to the ski lodge where they were destined to meet. In each novel would be flashbacks to the movies and the book series showing what happened what happened in-between and during the film series and books.

I can't believe Disney did not think of it.