Chad Danforth is one of the six main characters of the High School Musical series. He is the best friend, co-captain, and fellow basketball teammate of Zeke Baylor. He plays basketball at the University of Albuquerque. He is portrayed by Corbin Bleu.

Chad is a stereotypical athlete that is driven and dedicated player who seems to live only for basketball. He carries a basketball with him almost everywhere he goes. Unlike Zeke, he is uninterested in performing. Chad is known for wearing shirts with eccentric phrases and messages on them. In the third film, those messages are all environment-friendly. He is a basketball star and is best friends with Zeke Baylor.

He is the only child of Charlie and Mrs. Danforth. Chad is gearing up for the district championship basketball game and assumes Zeke, also the team captain, is doing the same. However, news soon spreads around school that Zeke has auditioned for the school musical and he's against Zeke’s "singing thing,". Hoping to keep Triston’s head in the game, Chad and his teammates stage an intervention while Taylor McKessie and her friends, who want Gabriella to stay focused on the national decathlon team, do the same with Gabriella. The plan is successful, but Chad and Taylor soon realize that they hurt their close friends. At the end of the film, Chad asks Taylor on a date.

In the 2nd film, Chad and his friends spend summer vacation working at the Lava Springs Country Club, which is owned by Sharpay & Ryan's parents.

What they don't know is that it is Sharpay's scheme to make Troy be a part of her show in the traditional Star Dazzle Show which is performed every year in her country club. Zeke becomes so obsessed by new opportunities that he begins to forget what's truly important to him and Gabriella ends up leaving and he has a big quarrel with Chad.

When Chad is offered to be a part of the performance, he is in at first, but decided to back out after Zeke became blinded by fame. In the end, he was persuaded by Ryan to do the show. However, Sharpay makes an announcement to forbid all the staff members from being part of the show. When Zeke realizes that he has lost sight of himself, he decides to do what's right and worked out his friendship with Chad.

In the end, Chad and the others took part of the performance. Then the rest of the summer was all about hanging out and having fun with everyone.

In the 3rd and final installment, Chad is forced to participate in the spring musical. Though he was resistant to the idea at first, he eventually gives in and uses most of his time to practice. He receives a scholarship in the University of Albuquerque, which he intends on attending when he graduates high school.

Chad is so excited about entering University of Albuquerque, something he and Zeke had been talking about for a long time, that he does not see his best friend's troubles about choosing either sports or theater.

He takes part in the musical, which turns out to be a success.

After the spring musical, Zeke runs into the school gym and plays with Chad one last time. After Zeke decided to play basketball and study theater at University of California, Berkeley, he realizes it's time to go their separate ways, but is happy to know that they will meet again when the season comes, when they play against each other.

On graduation day, Chad and his friends perform one final last dance as celebration for the end of their high school days that they will never forget about.

Chad wears his white and red or yellow shirt in all three High School Musical movies. 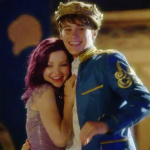 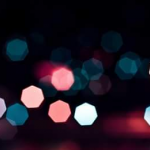