In it, Sharpay attempts to convince Troy to sing with her in the talent show. She has Fulton summon him to a hidden stage, and Troy is forced to watch as the song plays. This results in making him late for his date with Gabriella. Sharpay is the Pineapple Princess Tiki, who is "sweet as a peach, in a pineapple way" and "so sad that she hardly speaky". She dreams of a boy (Troy) who has been turned into a fish by an evil spell, and prays to the might spirit Fufu, a plug-in volcano. During the song, Ryan acts as narrator, fish, sound effects operator, special effects coordinator, and back-up singer.

As Sharpay leans over Troy showing him his lines in the song (one chorus), Ryan realizes that he's not going to be the prince as he and Sharpay discussed, and is disappointed. Sharpay tries to convince Troy that they are meant for each other, and Troy distracts her by complimenting her shoes. He escapes to join Gabriella by the pool. 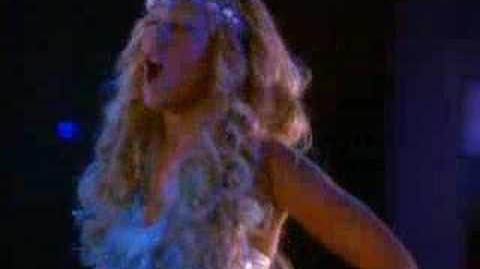 Ryan:
A long time ago in a land far away
Lived the pineapple princess, Tiki
She was sweet as a peach in a pineapple way
But so sad that she hardly speaky

Still if you listen well
You'll hear her secret wish

Sharpay (Ryan):
Aloha, everybody, my name is Tiki!
I long to free a truly remarkable fish
My sweet prince

Ryan:
She dreams of a boy who is under a spell
That has left him all wet and scaly

(Ryan and) Sharpay:
I sing from my heart with the power of love
Just a girl with a u(kulele)

Come to me my sweet one (Ryan: come to her)
And

Ryan and Sharpay:
Be still

Sharpay:
I'll grasp your tail
And stroke each tender gill
My sweet prince

Now this is where we lean into the whole kabuki thing.

Sharpay:
The words I will not mince (Ryan: oh!)
Please make a man of my fresh...fish...prince!

This is real fish talk, no lie.
(Sharpay speaks in a fish language)
And then the fish turns into a gorgeous prince and sings... 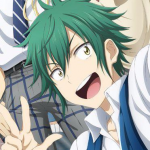